In the context of online blockchain communities, the use of social tokens is becoming increasingly common. Users stand to gain in a variety of ways from utilizing them.

Social tokens are at the center of the most recent inflective developments in the cryptocurrency industry, which is going through a revolutionary chapter that is certain to redefine how the internet functions and how online communities interact with one another.

Their ascent occurs at a time when transactional frameworks like Web3 are gaining popularity, particularly among people who are enthusiastic about cryptocurrencies.

Through the utilization of blockchain technology, social tokens make it possible for brands, influencers, and enterprises to establish and monetize their very own online communities. This contributes to the democratization of social networks.

Daniel Nagy, the vice president of Swarm stated that social tokens had tremendous potential to disrupt existing industries, which was one of his comments regarding the new token class.

It is only a matter of time until we see further innovation in this field, most likely connected to DAOs or GameFi, paired with ideas surrounding so-called “soulbound” tokens, as he put it. According to him, if its done well they can take the cryptocurrency community to mainstream adoption.

Currently, the market is in its infancy, and experiment is necessary; nevertheless, as adoption rises, social tokens have the ability to become the next gateway to non-crypto users, bringing blockchain further into the mainstream, similarly to how NFTs have done. According to him.

The usage of cryptocurrencies such as social tokens as a form of patronage is known as social token patronage. They are supported by the technology of blockchain and make it possible for community creators, influencers, and businesses to make money off of their fan bases. In most cases, followers who purchase social tokens are granted access to special material as well as additional product options.

The fact that social tokens may be redeemed for cash or traded in for other tokens is the primary benefit of using this paradigm.

In the same way that nonfungible tokens (NFTs) rely on a blockchain-based ownership model, social tokens do as well. This is because social tokens are built on the same fundamental notion. On the other hand, they each serve a unique purpose.

Unlike non-fungible digital assets, also known as NFTs, which can be used to represent actual physical assets but cannot be exchanged for other assets or divided, fungible digital assets, also known as social tokens, can be. Because of this, they are ideally suited to serve as a means of exchange, which enables them to be utilized in the process of monetizing online communities and services.

Personal tokens and community tokens are the two primary classifications of social tokens.

Individuals typically develop their own personal tokens with the intention of monetising various sorts of labor and experiences. One such example is the ALEX personal token, which is modeled after the life of cryptocurrency pioneer Alex Masmej.

In order to raise money for his relocation to San Francisco and Silicon Valley, he used a strategy known as a “human initial public offering” when he created the token. Masmej wanted to meet possible co-founders for his cryptocurrency firm while he was in Silicon Valley, which is home to some of the world’s largest and most successful blue-chip technology companies.

In the beginning, owners of the ALEX token were given the right to vote on many aspects of his existence, such as the foods he ate. In addition to this, under the terms of the income-sharing agreement, they were entitled to receive a percentage of his profits. Today, investors who own a minimum of 5,000 ALEX tokens are granted access to a private Telegram discussion group for the token as well as the Masmej newsletter.

On the other hand, community tokens are intended to be used as a form of remuneration for participation in a group activity. Utility tokens are being developed specifically for usage in online communities that are looking to improve their network tokenomics.

A significant number of community token implementations make use of online communication platforms like Slack, Discord, and Telegram. The access to these sites is controlled by token-gating smart contracts.

A participation token, like the SWAGG token, is one example of a token. In order to foster a spirit of cooperation among members of the Swagg House community and recognize their contributions, this tool is utilized.

Users who are in possession of SWAGG tokens receive access to a wide variety of privileges, one of which is the ability to purchase Swagg Drops before they are made accessible to the general public. They are also eligible to receive Swagg Grants, which are financial contributions made to initiatives that benefit the community, and they have the potential to earn Swagg Rewards for sharing content.

The purpose of social tokens is to encourage value distribution in a manner that corresponds to the efforts of members.

Now, on the cusp of a new era in which the internet will be more accessible to the general public, social tokens are prepared for inclusion in Web3 contexts. Web3 will be centered on devolving these systems by giving users more options for controlling their privacy while trying to uphold the fundamentals of decentralization and self-governance.

This is in contrast to Web2, in which tech giants effectively dominate the platform and control the channels through which information is disseminated. Tokens of social standing are used in this context.

Tokens can be used as a kind of payment or tip on Web3 applications. By eliminating the need for middlemen, creators will keep a larger share of their revenue and keep more control over their work.

Numerous businesses exist now to provide social tokens, Web3 connectivity, and monetization options. There are blockchain services like Roll and Rally that let developers and businesses generate their own social tokens.

David Atterman, CEO of Most Fan and creator of its social token management platform, said that before social tokens can become widely adopted, they must first overcome a few obstacles.

As of yet, Web3 goods have not found much success in reaching out to consumers who aren’t interested in cryptocurrency. We hope to hasten the spread of Web3 with an approachable interface and a massive user base dedicated to keeping up with their favorite celebs.

“Web3 is called the next iteration of the internet,” said WeWay co-founder and CEO Fuad Fatullaev.

The fundamental concept behind it is to provide each individual user a feeling of ownership over their own data, money, and anything else of value that can be displayed digitally.

The Benefits of Social Tokens

Users can gain a wide range of advantages from interacting with social tokens.

In the past, businesses have tried to get their messages across to customers by purchasing ads on popular Web 2.0 sites like social networks and search engines. Unfortunately, the ineffectiveness of this approach stems from its lack of precise targeting options and its indeterminate scope.

In addition, the present mechanisms for generating income, distributing advertisements, and disseminating information are extremely centralized with the goal of ensuring that the most successful Web 2.0 properties maintain complete dominance over these areas.

The introduction of social tokens has the potential to upend existing paradigms by empowering businesses to create their own ecosystems driven by their own native social tokens. As social tokens become more widely used, information may be freely shared, and businesses and content providers can earn money from their audiences without middlemen.

Rather than promising intangible rewards like “likes,” social networks will instead reward community members with tokens for contributing content and interacting with users, as in the engage-to-earn or play-to-earn models. These tokens can then be used by tokenholders to gain access to premium features, or even be exchanged for physical goods.

He compared the systems to the ones already in place on Web2 social networks, only this time there would be a cash reward.

Elliptic-curve cryptography and Keccak-256 hashing technologies are used to protect data in the Ethereum blockchain, for instance.

This makes it extremely challenging to conduct a direct hack on a blockchain network with a social token. This protects sensitive information and stops money from being lost even if the underlying infrastructure is compromised.

Fans show their favorite authors some love by buying social tokens, which can lead to a stronger fan following.

Social tokens are gaining popularity in creator ecosystems, particularly among well-known advocates of blockchain technology, such as musicians and actors. The unique incentivization model is more likely to gain acceptance among mainstream online groups if it is used on a large scale.

In their current form, social tokens have the potential to revolutionize how brands interact with their devoted customers. Social token adoption can increase revenue opportunities for content producers and businesses. 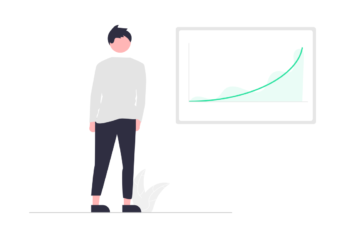