Understanding Proof of Work and Proof of Stake

Proof of Work (PoW) and Proof of Stake (PoS) are consensus mechanisms (also known as consensus algorithms), which are used to achieve agreement among application servers and database nodes regarding the state of the network. Before comparing them, let’s look at each one separately.

What Is Proof of Work?

Proof of Work (PoW) is a decentralized algorithm used to prevent double-spending (spending the same funds to two recipients simultaneously). Making sure that users do not spend money they do not have the right to, it uses a mix of game theory and cryptography to allow its members to solve arbitrary mathematical puzzles (mining) in order to dissuade anyone from cheating the system. The first Proof of Work blockchain was Bitcoin, which introduced it in 2008 within its white paper.

PoW: How Does It Work?

The defining features of the PoW system are the miners (participants) and the electricity used to solve the mathematical puzzles called “proofs of work.” After the first miner that solves the puzzle confirms the most recent transactions’ block, they announce it to the other miners. These miners then verify (consent to) its accuracy and add it to their copy of the blockchain. Once the data is confirmed, a new block is added to the blockchain network, and miners receive a block reward (the newly minted cryptocurrency) for being the first to validate the new data block.

The disadvantage of this system is that it necessitates a large amount of computing power to conduct various cryptographic calculations. In other words, it uses a lot of electricity and power in the process. Another downside is that since the process is so energy-consuming, Proof of Work blockchains have limited speed and scale and become more or less complicated depending on the network’s computational power.

However, these blockchains have also historically maintained their decentralization while providing better security. Since PoW systems are distributed, if a malicious actor wants to take over the network, it will be quite expensive for them due to the high electricity, hardware, and computational power costs.

What Is Proof of Stake?

The Proof of Stake is a consensus mechanism that randomly assigns the investor to mine or validate or block crypto transactions based on how many coins each node possesses. It was developed as an alternate algorithm to the PoW protocol to address the scalability and environmental sustainability problems.

The participants are called validators and run nodes used to propose and attest blocks on a PoS blockchain. This is done by staking coins and making themselves available to be randomly chosen for the process. Once a block is proposed, the other validators “attest” that they saw it, and after a sufficient number of attestations have been received, it is added to the blockchain. Rewards are given both for proposing and attesting.

How Does Proof of Stake Work?

Instead of wasting energy solving PoW puzzles like its predecessor, a PoS miner is limited to mining a part of the transactions according to their ownership share. For example, if the miner owns 5% of the available coins, in theory, they can only mine 5% of the blocks. This entails a significant reduction in energy usage and the production of single-purpose hardware.

Another problem Proof of Stake tries to solve is the possibility of a network attack. The blockchains that use the Proof of Work system are vulnerable to a possible Tragedy of Commons, which refers to a time in the future where the number of miners would decline because of little to no block reward resulting from mining. Also, if fewer miners than required are mining for coins, the network becomes more exposed to a 51% attack.

Such an attack occurs when a miner or mining pool gains control of 51 percent of the network’s computational power and uses it to construct fake blocks of transactions while invalidating those of others. In a PoS system, the attacker would need to gain 51% of the cryptocurrency to attack the network successfully.

Not counting from the difficulty and expense it would require, the attacker with a 51% stake would not benefit from attacking the network. If the value of the cryptocurrency drops, so would the value of their holdings, and as a result, the majority stake owner is more motivated to keep the network secure.

Proof of Stake vs Proof of Work

As mentioned, PoS and PoW are both consensus mechanisms. The former randomly selects stakeholders to validate or mine block transactions, while the latter uses miners to solve complicated mathematical problems to hinder malicious actors from gaming the system.

The PoS mechanism is considered less risky for potential network attacks since using the 51% attack would necessitate owning 51% of the cryptocurrency, resulting in a loss for the attacker. Other improvements include energy efficiency, lower entry barriers, stronger immunity to centralization. 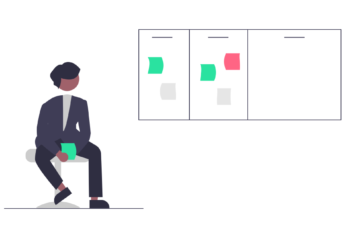