The final testing before the protocol’s shift to proof-of-stake are progressing smoothly, according to Ethereum engineers.

The goal of the test was to guarantee that “The Merge,” which will merge the proof-of-stake Beacon Chain with the Ethereum mainnet, replacing energy-intensive miners with ETH stakers, proceeds well. The Merge is expected to happen after July.

The Ether that has been locked in the Beacon chain since late 2020 will be unlocked after the Merge. There is no definite date for the unlock, although it is expected to happen within a few months following the Merge.

The most recent test used a “shadow fork” – a subset of proof-of-work nodes that had been combined with the Beacon Chain to process proof-of-stake transactions – to process mainnet transactions.

This group of nodes is in the same “state” as mainnet, which means they have the same long blockchain “history,” or database status, as mainnet.

The tests simulated the real Merge by having the nodes process genuine Ethereum transactions from the mainnet of the blockchain. This is in contrast to Ethereum testnets, which process transactions in a sandbox environment using fake ETH.

Shadow forks are vital when testing modifications to the blockchain’s protocol, according to Tim Beiko, who organizes Ethereum developers. He said on Github, “[They show] us how nodes react in the worst conceivable conditions: when their state and history are huge and transactions are the most complex.”

Since the shadow fork, the price of ETH hasn’t changed significantly. According to CoinGecko, the coin has gained 2.3 percent in the last day. The whole crypto market cap increased by 2.6 percent within the same time period.

Even so, the examinations were exciting.

Miami Wants to be the Financial Capital of Cryptocurrency | New York’s Response? Let the Games Begin! 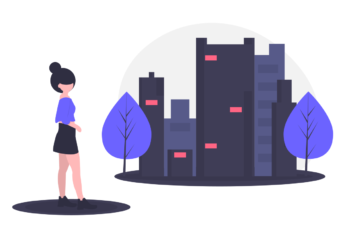