Indicating how severe inflationary pressures have become in the United States, members of the Federal Open Market Committee have now hiked interest rates by another 75 basis points, making this the third straight time they have done so. It is not well received by the Bitcoin market.

In a move that was widely expected, the Federal Reserve increased interest rates by 75 basis points (0.75 percentage point) on Wednesday. This marked the third time in a row this year that central bankers decided for a hike of that magnitude – and it strengthened the headwinds that are currently facing the Bitcoin market.

The target range for the federal funds rate is expected to increase to between 3% and 3.25%, marking its highest level since late 2007. More than two years had passed with the rate remaining quite close to zero. Speculators are currently wagering that the federal funds rate would rise to a level higher than 4.25 percent before central bankers decide to suspend their campaign.

Once the terminal rate is reached, which is still a point of contention among central bankers, some economists forecast that it will likely remain at that level until inflation dramatically decreases, maybe to the Fed’s target rate of 2%. This is a topic of controversy among central bankers. However, according to estimates made by top officials at the Federal Reserve, interest rate hikes are expected to continue through 2023.

According to Joe DiPasquale, CEO of cryptocurrency hedge fund manager BitBull Capital, “If the Fed remains hawkish, we are likely to see markets test lower lows and remain muted until inflation starts improving.”

If the Federal Reserve continues to take a hawkish stance, it is likely that market volatility will remain subdued and lower lows will be tested.

Bitcoin (BTC) had wild price swings in the hours after the news, but it eventually followed U.S. stock prices lower later in the afternoon. As this story was being written, the price of Bitcoin was hovering slightly below $19,000. Even as recently as the previous week, the largest cryptocurrency was trading for more than $22,000.

The most recent data point to a moderate expansion in both production and spending, as do a number of other indicators. In recent months, there has been strong job growth, and the unemployment rate has maintained at a historically low level “according to the statement released by the Federal Open Market Committee (FOMC), which is a group of Fed officials responsible for determining the course of monetary policy.

The decision was made after it was revealed that inflation, excluding changes in the cost of energy and food, increased by 0.6% from the previous month according to the consumer price index (CPI), which was published the week before last.

The news was significantly worse than what was anticipated, which stoked rumors that the Federal Reserve might hike interest rates by one full percentage point, also known as 100 basis points. The CME FedWatch tool revealed more recently that traders were pricing in an 18% possibility for a full percentage point raise.

An increase in interest rates of one percent, as stated by Scott MacDonald, chief economist at Smith’s Research & Gradings, would have been “radical” and “a signal to markets that the country’s central bank has lost control and is in panic mode,” as well as “a signal that the likelihood of a recession has just increased considerably.” Donald MacDonald is the one who made this assertion.

The Federal Reserve has decided to raise interest rates by 75 basis points, which maintains parity with the most recent rate hikes implemented by the European Central Bank and the Bank of Canada.

In their projections for the economy, members of the Federal Reserve board and presidents have reaffirmed their support for additional increases in interest rates, and they do not see a change in direction before 2023. Powell stated during a press conference that followed the interest rate decision that “my main message has not changed at all” since the Fed’s economic symposium that took place in Jackson Hole the previous month.

“The Federal Open Market Committee is firmly committed to bringing inflation down to 2%, and we will keep working toward that goal until the job is finished.”

It is anticipated that the federal funds rate would reach 4.4% by the end of this year. This forecast suggests that the Federal Reserve will continue to raise interest rates at the upcoming sessions of the FOMC. As a result of the Federal Reserve’s projection that there will be no rate decreases until 2024, investors’ hopes for more favorable financial conditions have been dashed.

When Powell was asked about the current state of the economy, he responded by saying, “what we think we need to do and what we should do is move our policy rate to a restrictive level.”

Traditional market traders have already begun wagering that the Federal Open Market Committee (FOMC) will raise interest rates by 75 basis points at their next meeting in November. This meeting is scheduled to discuss monetary policy. A price increase of such size was not even a remote possibility less than one month ago.

What it Means for Crypto Markets

As a result of the decision made by the Federal Reserve, the cryptocurrency markets were extremely turbulent. Bitcoin’s price fell below $19,000 before quickly recovering to $19,500 before falling to $18,900 again. During Powell’s press conference, equity markets were similarly prone to dramatic fluctuations. At the time of this report, the S&P 500 and the Nasdaq had both traded close to where they had begun the day.

Quantum Economics’ director of blockchain market research, Alexandre Lores, described the current state of the markets as “wild in the short-term.” “Over a longer length of time, I see this shift as being neutral or negative, and I anticipate that BTC and ETH will respond in a manner that is neutral or bearish.”

Riyad Carey, a research analyst at the crypto data firm Kaiko, stated that “This is further evidence that the Federal Reserve is manipulating the cryptocurrency market.”

“This was presented to us a week before, during a time when there was a more significant price reaction to the announcement news of the CPI than there was to the Ethereum’s merge. I don’t see any time in the near future when cryptocurrencies, particularly Bitcoin and Ethereum, will be able to defy the influence of the Fed.”

A specialist in crypto futures trading named Joshua Lim predicted that an increase of 75 basis points would be “well accepted.” This was due to the fact that traders had already factored in the possibility of a larger change in their pricing. 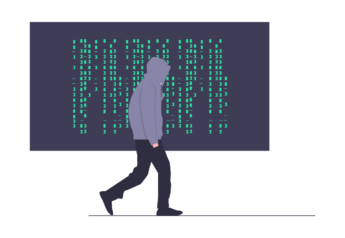