Every day, an increasing number of people are migrating to Web3. Developers are in high demand as cryptocurrency usage grows at an exponential rate. Blockchain development skills are in high demand in the technology industry. Because Web3 is so new, it’s difficult to find a proper/clean roadmap and resources to get started.

In this article, I’ll give you a road map and some of the best internet resources to help you get your first job in Web3.

The blockchain ecosystem is vast, with many ambiguous words and terms. To keep your learning path on track, I recommend focusing on the most important ones, as you will undoubtedly need them in the future. We’ve compiled a list of some of the most commonly used crypto terms, which we hope you’ll find useful.

You don’t need to memorize all of the terms; just have an idea of what they mean.

Solidity and Rust are two popular programming languages for creating decentralized applications. You can select any of them and create your application in that language.

Many developers have chosen Solidity as the foundation for the majority of their Web3 projects. If you want to learn how to build dApps on the Ethereum blockchain. Solidity is an excellent choice.

Here are the three best resources for learning Solidity.

Many features of this language make writing Rust code more ergonomic and easier.

Once you’ve figured out how to write smart contracts, it’s time to connect them to the front end of your app. Many libraries do this, but the most popular are Ethers.js, Web3.js, and Web3.py. All of these libraries strive to be comprehensive and compact libraries for interacting with the Blockchain.

The primary JavaScript library you’ll use when developing Web3 applications is Web3.js. web3.js is a set of libraries that allows you to communicate with a local or remote Ethereum node via an HTTP or IPC connection.

Ether.js, like Web3.js, is a JavaScript library that allows developers to easily interact with the Ethereum blockchain and its ecosystem. It was originally designed for use with ethers.io, but has since evolved into a more general-purpose library, according to their documentation.

If you are a Python programmer, this library may be useful to you. Web3.py is a Python library that allows you to interact with Ethereum. It aids in the sending of transactions, the interaction with smart contracts, the reading of block data, and a variety of other use cases.

You can write smart contracts using either Remix IDE or your own local development environment.

Remix is a great place to start if you’re new and want to learn. It enables you to create and deploy smart contracts directly from your computer’s browser. There is no additional software to download or install. It also has a dark mode and a large number of plugins with user-friendly interfaces.

However, when working on a complex project, Remix may not be sufficient and you may require a local development environment. There are numerous tools available to assist you with this, but some of the most popular are Hardhat, Truffle, Brownie, and Foundry.

Hardhat is the most popular choice among many developers, including myself. Hardhat is a development environment for compiling, deploying, testing, and debugging Ethereum code.

It has its own local blockchain and is very simple to set up.

Truffle is another popular option. According to their documentation, it is a world-class development environment, testing framework, and asset pipeline for blockchains based on the Ethereum Virtual Machine (EVM), with the goal of making life easier for developers.

Truffle is primarily a graphical user interface (GUI) tool that makes project management much easier, and it is maintained by the team at Consensys, a popular blockchain software technology with headquarters in Brooklyn, New York.

Last but not least, there is the foundry. Foundry is a lightning-fast, portable, and modular toolkit for developing Ethereum applications. Rust is the language used. It has a f compilation pipeline, fast remote RPC, flexible debug logging, and it is portable.

Building functionalities from scratch can be time-consuming; therefore, we can use Web3 SDKs to accelerate the development process. Moralis and thirdweb are two popular SDKs.

Thirdweb makes it simple to create web3 apps. It supports a variety of blockchains, including Ethereum, Polygon, and Avalanche.

Testing is critical in the blockchain. Because smart contracts cannot be edited, you must test your code before deploying it. Among other things, I recommend learning Chai.

It is now time to start working on projects. Begin with a simple project, such as creating our own token, and work your way up to larger and larger projects. The Web3 ecosystem is quite large; you can create an NFT collection, a DeFi, or clone an existing Web2 application and create a Web3 version of it.

Apply for a Job

After you’ve completed your projects, publish them and push your code to GitHub (if possible), and then begin working on your CV and cover letter.

If you believe you are qualified, you can apply for the position of blockchain/Web3 developer.

What is a Web3 Browser? 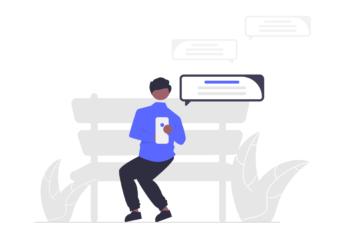