The term Tokenomy refers to the way in which a particular cryptocurrency functions within its own ecosystem. This includes factors such as the distribution of the token, and the way the token will be used.

The English term ”tokenomics” is a derivative of the words ” token ” and ”economics“. The combination of these words suggests that the term tokenomics refers to the economy of an individual token, that is, the way in which the token functions within its own ecosystem.

What does the term tokenomics encompass?

Tokenomics basically includes the study of all factors that affect the demand and supply of tokens, such as the way tokens or cryptocurrencies are created, distribution, the number of tokens and cryptocurrencies in circulation, market capitalization, etc.

All these factors ultimately affect the final price of the coin, or token. Understanding the tokenomy is crucial because it gives every investor a clear picture of whether a cryptocurrency has good technology, a project, and ultimately the potential for further growth.

Before we explain the elements that are key to understanding tokenomics below, it is important to point out the difference between coins and tokens. Although many put them in the same category, there are differences between them.

What is the difference between a coin and a token?

The coin uses its own blockchain (network) which contains all the data on transactions made with the same coin. For example, when you pay someone with Ethereum, the account goes to the Ethereum blockchain.

If the same person later returns you with Bitcoin, the account goes to the Bitcoin blockchain. Each transaction is protected by encryption and is available to any member of the network.

On the other hand, a token (also called the Layer 2 token ) does not have its own blockchain. Instead, they use someone else’s existing blockchain. The most common example is Ethereum . Tokens that use the Ethereum blockchain network are also called ERC-20 tokens.

Although there are some differences between them, tokenomy applies equally to coin and token. Below we present the elements that are crucial for understanding the concept of tokenomies.

4 Elements That are Key to Understanding Tokenomy

1. Market Capitalization and Number of Cryptocurrencies in Circulation

Cryptocurrencies that have a similar price can often be found on the market, but do not have the same value in terms of market capitalization.

In addition to market capitalization, it is important to monitor the following indicators:

Why is analyzing the number of coins / tokens important? Take for example a cryptocurrency like Bitcoin. The number of BTCs that can ever exist is 21 million.

So, if a certain blockchain network has a limited number of coins, and the demand for the same coin is high, such an outcome can lead to an increase in price.

On the other hand, if a particular network has coins that have been issued but also locked (exist but have not yet been put into circulation), their later release into circulation can affect the price (then the price usually falls).

2. Distribution or Allocation of Coins / Tokens

Token distribution or allocation is another important component to consider when researching a particular crypto project. With the help of token distribution, you can easily distinguish in what proportion and for what purpose the tokens are distributed.

The distribution is usually presented in the form of a piechart.

The public refers to all those who want to invest in a project, while the community is made up of beneficiaries who have supported and advocated for the project from the beginning and want to help it succeed. The team most often lists the founders, advisors and investors, and the foundation is usually the organization that manages the project in a certain way.

How is the token distribution checked? For example, if you want to know how the ERC-20 token was distributed , you can find the data on Etherscan (if you are searching for the Bitcoin network , you need to visit btc.com and then click on “Addresses”).

If during the research you realize that a large number (of the total number) of tokens are in only a few digital wallets (wallets) , there is a risk that people holding such a large number of tokens (whale) will sell everything once the price rises.

Token distribution and allocation are key metrics because they indicate how decentralized and equitable the project actually is.

3. The Model that the Token Uses

Lately, we often hear that we have “entered a period of inflation.” Inflation and deflation are most often the product of monetary policies coming from centralized bodies such as governments and central banks.

Like the traditional currencies we use, cryptocurrencies can also have inflationary and deflationary characteristics.

Why is it important what characteristics cryptocurrency will have? Because inflation and deflationary models play a vital role that will influence future cryptocurrency price movements.

Although such cryptocurrencies are reminiscent of traditional fiat currencies, there are differences, most notably in that a predefined code and a decentralized community dictate the token model (rather than a centralized body). As a result, cryptocurrency is much more efficient than fiat currency.

Examples of cryptocurrencies that do not have a maximum number of tokens are Polkadot and Solana .

Deflation model or model with limited number of tokens

When we talk about cryptocurrencies with a limited number of coins that can be found in circulation the best example is Bitcoin .

Cryptocurrencies with deflationary properties reduce their supply in the market over time. Coin / token deflation is most often achieved through the process of “burning” a token also known as a “coin burning process”.

Many companies behind crypto projects do this through a process called “buy-back and burn“. This means that the team buys a certain number of tokens from the market and sends them to an address that is not used. In this way, the amount of tokens in circulation is reduced, which can ultimately lead to an increase in price.

This model is applied when one blockchain uses two tokens. This is most often done in order to create a more efficient economic structure.

In such crypto projects, one token serves as a means of preserving value while the other is used to encourage various actions on the blockchain network.

A good example that best illustrates the dual-token model is the blockchain and NFT game Axie Infinity.

Sweet Love Potion (SLP) is a token used for many actions within the game itself (e.g. breeding new Axie characters). The SLP token does not have the maximum number that can be found in circulation.

On the other hand is the AXS token . Users can buy or sell this token directly on the stock exchange, and can use it for staking on the Axie Infinity platform or to participate in defining decisions related to the development of the entire platform (depending on the number of tokens the user owns – more tokens, more voting power on the platform).

It is also worth mentioning the model in which cryptocurrencies link their value to the value of another type of asset (e.g., fiat currency or gold).

The most famous example of cryptocurrencies that use this model are stablecoin projects. Namely, stablecoins like Tether , USD coins and others link the value of their token to the value of the US dollar. That is why the price of Tether (and other stablecoins) is always around one dollar.

The goal of such a token is to maintain price and value stability.

4. Cases of Use and Application of Coins / Tokens

As the cryptocurrency industry has become mainstream in the last year, new projects have emerged that will offer new, innovative solutions using blockchain technology.

The fact is that many have used the popularity of cryptocurrencies as a way to make quick money by establishing projects that promise a lot, but do not have any application in real life.

Actual cases in which tokens can be used are important because they talk about whether the whole project is sustainable, ie. whether there are long-term benefits from it.

For example, Ethereum is interesting because as a platform it allows you to create decentralized applications on your own blockchain infrastructure. On the other hand, projects such as VeChain are trying to improve the supply of goods and services with the help of blockchain technology.

The way a project solves existing problems will affect supply and demand, which will later be reflected in future value.

Why is tokenomy important?

Every day there are more and more crypto projects looking for their place in the market. However, many of these projects simply do not have what it takes to succeed.

Tokenomy is a concept that provides all crypto enthusiasts, regardless of the level of knowledge about cryptocurrencies, with an easy insight into all the advantages and disadvantages of crypto projects.

Unlike more sophisticated cryptocurrency trading and metric tracking tools, tokenomy gives a clear picture to any investor about whether a project has a future and potential for value growth.

In addition to researching the tokenymy of a particular crypto project, details that may not be available in whitepapers must always be clarified, such as the professional background of the team behind the project, price movements in previous periods, use cases and, if possible, technical analysis data. 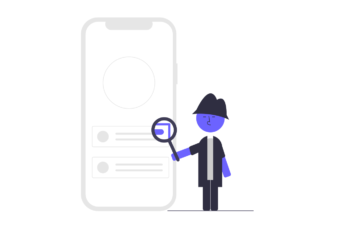 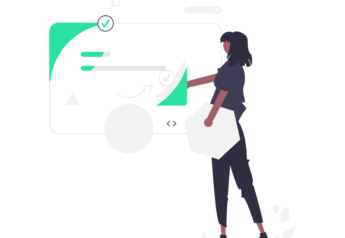 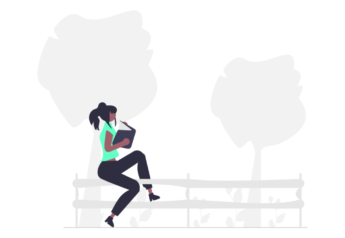