Polkadot staking refers to bonding a certain amount of its cryptocurrency to nominate a validator who will be responsible for securing the network and creating blocks. The blockchain was founded by Dr. Gavin Wood (co-founder of Ethereum), Robert Habermeier, and Peter Czaban and is a flagship project of the Web3 Foundation. The network went live on May 26, 2020, with its native token DOT. Token holders can use it to govern (i.e., decide on the network fees, vote on network upgrades, etc.) the Polkadot platform, stake for the network’s operation, and bond to connect a chain to the platform as a parachain. In addition, due to it being a transferable token, it can also serve an ancillary function, like sending the DOT in the Treasury to teams working on projects for the network.

How Does Nominating or Staking DOT Work in Polkadot?

Polkadot uses a variation of the Proof of Stake system called “Nominated Proof of Stake (NPoS).” Here, the main two actors are the Validators and Nominators. Similar to other Proof of Stake systems, nominators use their stake to back validators, showing their faith in them. However, unlike the generic Delegated Proof of Stake, nominators will lose their stake if the validator they nominate is not completing its responsibilities. Potential validators can show their intention of becoming a validator candidate. After the candidacies are displayed to nominators, the latter, in turn, submit a list of candidates they support (i.e., nominate). A limited number of validators with the most DOT backing will get elected into the active validator set in the next era.

Most of the difficult work is done by validators in this system. They perform the crucial task of securing the network’s main chain, the Relay Chain, and have two main functions:

Currently, validators can have up to 256 nominators in an era. If the validator is “oversubscribed,” then only the top 256 (based on the amount of staked DOT) will be considered to be actively nominating them.

Since the number of possible validators working in the same era is limited, most users who want to stake DOT generally become nominators. Compared to validators, their work is more hands-off. The responsibilities of nominators include:

Stakers can nominate the validators of their choice by staking a certain amount of DOT. During this time, the tokens are locked, but if nominators want to, they can “un-nominate” at any time in order to stop staking their funds. These un-nominations become effective in the next era, but to unbond their funds, nominators would need to wait 28 days before these can be transferred (after an unbond transaction is issued). Although nominators can nominate several validators (up to 16), usually, only one of them will be chosen to be one of the active validators in the said era.

Staking DOT can be a source of income, and instead of leaving your cryptocurrency tokens in your wallet, it can increase their number. Also, as with any blockchain that has this feature, by staking tokens, nominators are supporting the network by making it more secure. And by reinforcing it and making it less vulnerable to attacks, they can also protect their investment. The nominator’s main benefit of staking can be considered getting the block rewards, while the validator is able to receive enough stake to produce the next block. And lastly, staking DOT allows the stakers to have a voice on issues connected to network governance.

The stake of an elected validator combined with the nominators that are backing it constitutes a validator pool. Regardless of the stake level, validator pools are paid the same amount. In other words, pools that have less stake usually pay more (per token) to nominators than those with more. A (configurable) part of the reward is the validator’s commission fee, while the remainder is shared with the validator and nominators proportional to their stake. So, validators get paid twice (commission fees above 0% + nominating itself by staking).

In order to receive the rewards as a nominator, these conditions must be met: nominating more than one validator candidate, of which at least one gets elected, and doing so with enough stake so as to get into the solution set. On the other hand, rewards may not be paid out if:

However, be cautious, as rewards expire after 84 days on Polkadot. However, since the validator can decide to unbond their funds, it is advised to claim pending rewards within the first 28 days (the time it will take for the unbonding to be completed).

First of all, you would need to connect your wallet to the EGG platform. This can be done by clicking the green button below and tapping “Connect Wallet” on the upper right of the page.

You will be taken to the “EGG Finance” page, where you can choose one of the available wallets. You can see the authorization requirements of each wallet by clicking on them. To make the explanation simpler, we will use a MetaMask wallet.

Once you have selected your wallet, a pop-up will appear on the right of the screen asking for your confirmation to proceed. Click “Sign,” and your wallet will be linked.

Next, From the “POS STAKING” page, choose “Polkadot” and click “Stake.” You will see a window pop up. Here you can write the amount of DOT tokens to stake and see your Annual Percentage Yield. The Polkadot staking APY on the EGG platform allows its users to gain not only 13.5% DOT but also 0.45% EGG Protocol. Once you have written the amount, click “Stake.”

Once more, a pop-up will appear on the right of the screen, which would enable you to “Confirm” the DOT tokens for staking. We ask that you do NOT refresh or leave the page during the process, or else you will have to start from scratch. While you wait, another pop-up will appear, asking you to confirm the “Contract Interaction.” The waiting time may appear long, but still do not leave or refresh the page. Your staking will be complete after the “Transaction Submitted” message is displayed.

Co-founded by Dr. Gavin Wood, one of the founders of the Ethereum blockchain, Polkadot went live in May of 2021. It uses the Nominated Proof of Stake method, and its primary token is DOT. Parahains and the Relay Chain can exchange information at any time. The validators are limited (maximum 1000, currently about 300) and can only have up to 256 nominators during an era. Also, a nominator can nominate up to 16 validators to better their chances of having at last one of them getting into the active validator set. Also, rewards do not differ much between validator pools since they do not typically consider the stake level, and in some cases, backing a pool with smaller stakes may be more beneficial. With this system, Polkadot hopes that the stake between pools would be evenly distributed to avoid a few validators getting too powerful.

Parachain – the abbreviation of a “parallelized chain.” It is an individual blockchain with characteristics that enable it to work within the Polkadot network.

Relay chain – the main chain of the Polkadot network. It coordinates communication and consensus between parachains and external chains through bridges..

Era – a period of time where the validator set and each one’s active nominator set is recalculated, and rewards are shared. Takes about 24 hours on Polkadot.

Bonding – a process through which token’s are locked in exchange for another benefit. Staking can be considered a form of bonding.

Validator pool – an elected validator’s stake + the nominators backing it

Solution set – the validators in the active set and their nominators 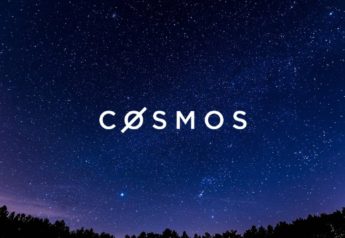 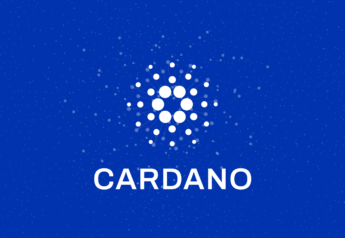 How to Start with Cardano Staking for Beginners 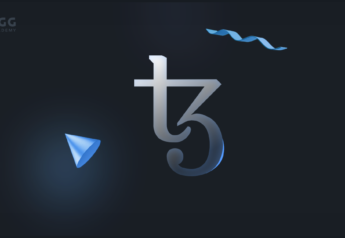 Tezos: Complete Guide to The Blockchain and Staking Tezos