Web3 is the evolution of web technology’s third generation. The World Wide Web (also referred to simply as the Web) is the foundational layer of the internet that is responsible for providing services to websites and applications.

Due to the fact that Web 3.0 is still developing and being defined, there is no definition that is considered canonical or universally accepted. One thing, however, can be said with absolute certainty: Web 3.0 will place a significant amount of emphasis on decentralized applications and will make extensive use of technologies that are based on blockchain. Web 3.0 will also make use of machine learning and artificial intelligence (AI) to enable more intelligent and adaptive applications.

Is Ethereum the Foundation of Web3?

At its core, Ethereum is a global decentralized software platform based on blockchain technology. It is most well-known for its native cryptocurrency, Ether (ETH).

Ethereum can be used by anyone to develop any secure digital technology. It has a token intended for use in the blockchain network, but it can also be used to pay for blockchain work by participants.

Ethereum was created with the goal of being scalable, programmable, secure, and decentralized. It is the blockchain of choice for developers and businesses developing technology based on it to change the way many industries operate and how we live our lives.

With that being said, we can see Ethereum as a incubator for Web3 development and the main push forward for this emerging new web technology.

AI, semantic web, and ubiquitous properties may all be considered when designing Web 3.0. The goal of using AI is to provide end users with faster and more relevant data. A website that uses AI should be able to filter through and provide data that it believes a specific user will find useful. Because the results are websites that have been voted on by users, social bookmarking as a search engine can provide better results than Google.

These outcomes, however, can be manipulated by humans. AI could be used to distinguish between legitimate and falsified results, producing results similar to social bookmarking and social media but without the negative feedback.

The following is a list of some of the most important characteristics of Web 3.0, which help to define what the focus of the third generation of the web will most likely be on:

With blockchain as its foundation, Web 3.0 enables the existence of an increasing number of different types of new applications and services, including the following:

There is still much innovation work to be done in order to realize the vision of a decentralized Web3. However, the Web2 did not appear overnight. In 30 years, it has progressed from an information economy to a platform economy. The token economy is the next logical step in evolution.

Today, it is unclear how this evolution will proceed. In the medium term, decentralized protocols will most likely coexist with centralized platforms and continue to gain market share. This is already taking place. Decentralized financial protocols alone currently manage tens of billions of dollars in assets. While this is small in comparison to the traditional financial industry, it is significant, and growth is ongoing. 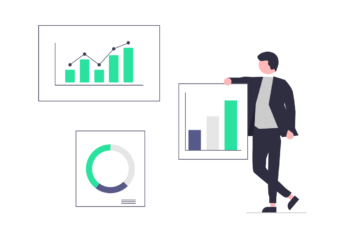