What is a 51% Attack in Cryptocurrency?

The online space is not devoid of risks. And among them, the most well-known is the 51% attack. But what is 51 attack crypto? As the name suggests, 51% attack (or majority attack), can occur when a single malevolent actor or organization obtains control of more than half of the network’s full hashing power, which can potentially cause network disruption. Due to the design of many systems, by controlling above 50% of the total hashing rate of a blockchain, the malicious user, whether alone or in a group, can override the network’s consensus mechanism. However, they cannot reverse already confirmed transactions, create transactions that did not occur, steal funds from an address, or create new coins. Also, the bigger the network, the harder and more expensive it will be to use the 51% attack tactic.

The method may be somewhat different depending on the type of network (like Proof of Work or Proof of Stake), but it is primarily about having control over more than half of the network’s hashing power. Its main uses are for double-spending and preventing transactions from being confirmed.

Double-spending refers to using the same coin twice for different transactions.
For example, an attacker sends the same tokens/coins to person A and Person B. The coins that were sent to person A are displayed on the blockchain. Meanwhile, the attacker with a vast amount of hashing power is secretly mining blocks to double spend on the transaction with person B (not displayed). After making some confirmation on the public blockchain (where transactions with A are valid), the attacker reveals his hidden blocks (where transactions with B are valid). Now he can make a longer blockchain validate his hidden blocks. However, since transaction A does not appear in this new and longer blockchain, person A does not gain money, despite possibly providing the attacker with a service.

Having control over most of the hashing power allows one to decide which transactions will be included in the next block. As such, an entirely empty block without transactions can also be built if the attacker wants.

Is There a Way to Avoid a 51% Attack in Crypto?

Here are some methods to mitigate the risk of such attacks.

Turning on a two-factor authentication system gives an extra layer of protection to your exchange/wallet.

It is advisable for you to place most of your funds in a secure multi-signature cold storage wallet and put minimal funds into your hot wallets (which automate withdrawals) since the latter is more vulnerable to hacks.

As the saying goes: Don’t put all your eggs in one basket. Similarly, it is best to use different wallet addresses for every DeFi platform in order to minimize the possibility of a loss if one of the platforms is attacked.

You should cancel the access rights to your wallets for DeFi projects where you no longer stake.

Be careful of malicious ads or emails that impersonate affiliated organizations, and try to get your personal information for hacking.

Can a Proof of Stake Mechanism Help you Avoid a 51% Attack?

In a Proof of Stake network, stakers are limited to mining blocks based on the amount of cryptocurrency they possess. In other words, if malicious users want to perform a 51% attack on a PoS network, they would need to own 51% of the cryptocurrency, which will be quite difficult and expensive. However, aside from those hurdles, it would not be beneficial for said users to attack a network where they possess more than half of the available cryptocurrency. The majority stake owner is more inclined to protect the network’s security since if the cryptocurrency’s value drops, so will the value of their possessions.

Real-World Examples of 51% Attacks in Crypto

After gaining control of a large portion of Bitcoin Gold’s hash power, the malicious user or users executed a 51% attack on the network in May 2018. Despite the network’s repeated attempts to raise the exchange thresholds, the attackers managed to double-spend for multiple days, taking more than $18 million worth of Bitcoin Gold.

On January 5, 2019, Coinbase detected a deep chain reorganization of the Ethereum Classic (the original version of ETH) blockchain, which also included double-spending, and halted all of the blockchain’s transactions. Subsequently, 8 additional reorganizations (also including double-spending) were identified, totaling 88,500 ETC tokens (about $460,000).

To conclude, as its name suggests, a 51% attack happens when a user or a pool that owns more than half of a network’s hashing power uses it to double-spend or block transactions from being confirmed. However, even with that much power, they are unable to reverse already confirmed transactions, create ones that did not occur, steal funds from an address, or create new coins.

Although Proof of Work systems are more susceptible to such attacks, if it is a bigger blockchain, it is less likely to happen due to the level of difficulty and expense. Proof of Stake networks, on the other hand, are considered to have more incentives to prevent such attacks. 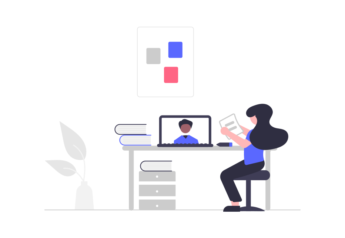 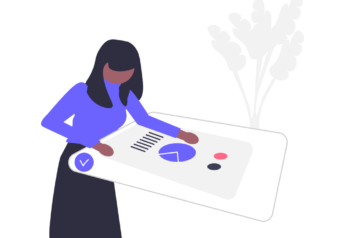 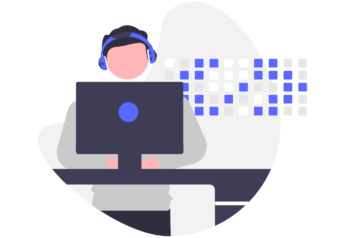