Ethereum (ETH) has become the second largest cryptocurrency in the world. Unlike traditional money, it lets you control your funds without intermediary services such as banks. The native cryptocurrency of the Ethereum blockchain is secured by cryptography, protecting your ETH, wallet, and transactions. In addition, it is global and decentralized, meaning no company or bank can decide to print more of it or change how it can be used. And lastly, it is open to anyone with an internet connection and a wallet that can accept ETH. In this week’s blog, we discuss why Ethereum has risen to such heights and is here to stay!

After its launch in 2015, the Ethereum blockchain has become the most actively used network, while ETH is now the second largest cryptocurrency.
But why is Ethereum going up?

The blockchain describes itself as the “world’s programmable language” thanks to its token’s ability to execute smart contracts. It allows software developers to create dApps and non-fungible tokens (NFTs). Ethereum powers many other cryptocurrencies, which has made it almost synonymous with decentralized finance (DeFi).

Ethereum can be considered as an infrastructure with the potential to revolutionize technology and finance. DeFi is trying to recreate the financial system, and perhaps in the future, the Ethereum platform will be used to change how security trading, mortgage transfers, and other fields work. Since Ethereum is a network that can reach anyone anywhere if they can connect to a public network, it displays a new type of connectivity and innovation. It has an expanding and diversifying ecosystem and an already active developer community and user base.

Although it is currently operating on the Proof of Work consensus mechanism, Ethereum is working on changing to the Proof of Stake model, which is also referred to as Ethereum 2.0. Here, instead of miners, there are transaction validators who will need to own a certain amount of ETH and stake it to verify a block. So, their stake will be at risk if there is malicious behavior. In addition, it will become more environmentally friendly. You can read our academy blog on Ethereum staking for more details.

Currently, it takes about 10-15 seconds for a block to produce a block, and ETH transactions will usually show in 5 minutes. The new Ethereum 2.0 upgrade is expected to improve its scalability and increase the throughput rate. This will be achievable thanks to the use of “shard chains,“ smaller groups of nodes that process their portions of transactions without the need for consensus of the entire network. It will allow Etherem’s throughput rate to reach 15,000 transactions per second, matching any centralized payment system.

Although Ether’s supply is unlimited, each year, Ethereum caps the amount that will be released via the mining process. The supply of Ether increases according to a disinflationary mechanism, which will continue to adjust as the network matures.

In Ethereum’s new model, validators earn a fee for each transaction they validate. The higher the amount of staked ETH, the higher their value because there are fewer in circulation. Also, Proof of Stake removes costs such as electricity and hardware, so potentially fewer ETH will be sold and possibly staked.

An Asset with High Chances to Last Long

Aside from the reasons above, by shifting to a more sustainable, scalable, and secure Proof of Stake system, Ethereum shows its ability to adapt and better itself. After its Altair upgrade at the end of October 2021, it recorded a more than 1000% increase in its coin value at the end of October 2021 (about $11,645 for a $1000 ETH purchase a year ago). This adaptability is part of why it has high chances to last long and with that the future of Ethereum doesn’t seem so bleak.

The amount of ETH2.0 that is staked continues to grow. As of mid-December, the number has reached almost 9 million, with about 270,000 validators, compared to the 180,000 in summer 2021. Staking, in general, is becoming more and more popular as another method to earn passive income. Analysts expect staking revenue, in general, to increase four-fold by 2025. Seeing this rise, banks are also starting to partner with Ethereum.

In the summer of 2021, the world’s first digital asset bank Sygnum announced that it would allow its clients to safely conduct Ether investment or stake ETH2 utilizing its institutional-grade banking platform. The Swiss Bank mentioned that the staked ETH would stay in the clients’ wallets, thus ensuring security and segregation for individuals. Thomas Brunner, who is the Head of Accounts and Custody at Sygnum Bank, commented that staking ETH is “a compelling choice for long-term investors in the Ethereum ecosystem.”

In essence, ETH is different from traditional money by letting you control your funds without third parties and send ETH to anyone, anywhere. Other differences include being decentralized, open to anyone with a network connection, and secured by cryptography. It has shown its adaptability by shifting to a more sustainable Proof of Stake system. And lastly, ETH 2.0 is now also one of the cryptocurrencies that can be staked through the Swiss Sygnum Bank, the first digital bank in the world. 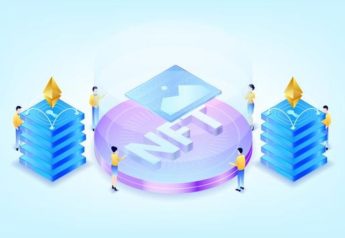 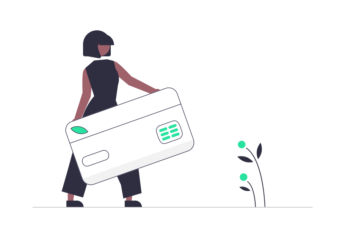 The Worst Blockchain Hacks In the DeFi History